This is to report that the CCCA Election Committee received four nominations by the October 29 deadline for officers to be elected at the upcoming November 13 Annual General Meeting:

According to our Bylaws, elections must be held at the beginning of the Annual General Meeting, and new officers will take their position at the end of the meeting.  No nominations may be submitted from the floor.  The election of any officer position for which there is only one nominee may be by show of hands.  Any person appointed to an office must be a voting member of the Association (voting members are those who have paid the $10 annual dues for the current year).

The candidates have provided the following brief written statements: 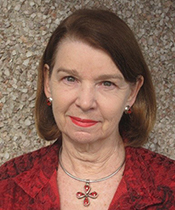 I am a founding member of the CCCA and was initially elected Secretary in 2014.  In 2015 I filled the vacant Communications Director position, updating the website and Facebook pages, and serving as external Secretary as well.  Since 2017, I have served as President but continued to write the monthly Newsletter that is distributed to all CCCA members since I believe strongly in the power of information sharing.   I have lived in Crystal City since 2005 and in 2011 completed a diplomatic career of 27 years in the U.S. Foreign Service (Department of State) as a senior manager, experienced in strategic planning, management, and negotiations.    I enjoy negotiations and trained many younger officers in the diplomatic skills needed in getting to “yes” answers.   These skills will be tested in the next few years as we face many development challenges and prepare for the coming of Amazon to our community.  I believe strongly in the importance of civic engagement and always strive to run CCCA meetings that are short, crisp, and clear—focused on the issues that are of most concern to our Crystal City members.  My goal for the next two years is to recruit younger members to serve as officers and carry the CCCA forward into the future.   I will continue to call on various Members to delegate responsibility for individual issues as they come up, or simply to help out with organizational or logistical matters. 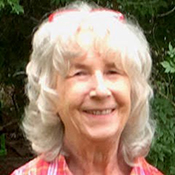 I have lived in Crystal City for 30 years, with great enjoyment.  I have been involved with the Civic Association since the first meeting in an volunteer capacity, attending CCCA Executive Committee Meetings, assisting with CCCA General Meeting arrangements, and serving on the election committee and as back-up Meeting Secretary.  Before my retirement from the  Postal Service in 2006, I was frequently called upon to take minutes and maintain archives of varied labor-management meetings.  Thus, I am familiar with and experienced in the tasks that would be involved in serving as Meeting Secretary, and looking forward to taking on this responsibility in continuing to contribute to our Association. 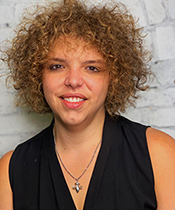 I’ve lived in Crystal City for almost a decade. Over the years, I’ve come to know and love my neighbors – the many movers and shakers, artists and entrepreneurs that make up Crystal City and the surrounding area.  I’ve seen the neighborhood change drastically already, and there is much more change on the horizon. I want to be a part of preserving our community along the way. When new buildings go up, so do rents. When new development appears, open spaces disappear. I want to make sure that as our surroundings change, the needs of the residents who live here are represented and heard, loud and clear. 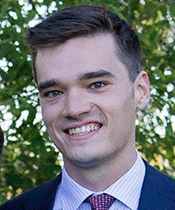 I have lived in Crystal City for four years and have appreciated the opportunity to serve as an At-Large Board Member and Membership Liaison since being appointed in early 2019. Our neighborhood will undergo dramatic transformation over the next several years, providing an incredible opportunity – and responsibility – to proactively advocate to ensure that this growth benefits our residents, neighborhood, and wider community. As our civic association’s voice continues to grow in importance and relevance, we must, as Carol has encouraged, build a “next generation” of civically engaged residents who are actively involved in our work. In particular, we must focus on growing our diversity of renters/homeowners, ages, races, and perspectives, ensuring our voice represents our full community. To do this, I will work with our Board and partners to expand our membership recruitment efforts, while creating new learning and advocacy opportunities for existing members to get engaged on issues from housing affordability to neighborhood amenities. As someone who works in the community development field in DC and who has built coalitions across diverse backgrounds, I look forward to the opportunity to give back to Crystal City and to help each of you find ways to get more involved in our association.

From JPGS about the Riverhouse Plans:We are pleased to invite the community to an open house on Thursday, March 2nd at 6:30 PM to be held at our National Landing Experience Center (located in the ground floor of 241 18th St South). We will be providing an overview of the recently submitted site plans in conjunction with our design team, and will be available for any Q&A afterwards. For anyone that cannot attend in person, we will provide presentation materials and an online engagement opportunity on our website (RiverHouseNeighborhood.com).We also kindly request folks to RSVP at forms.office.com/r/G7Tx2tgk2h so we can make sure to accommodate everyone. ... See MoreSee Less

Wakefield High School had a bad week and this week is not starting off very good. With two separate incidents: a death and an armed intruder, the students and teachers may need some extra attention. www.arlnow.com/2023/02/06/police-up-patrols-around-wakefield-hs-as-classes-resume-but-social-medi... ... See MoreSee Less

Wakefield High School is back open, with heavy hearts and extra vigilance. Last week a student died in the hospital two days after an apparent overdose in a school bathroom. This is the first day of s...
View on Facebook
· Share